Håkan first met Joey Calderazzo at a jam session in Umeå 1986. In 1994 they did their first tour together.However it took another 14 years before they played together again. This time, in 2008, they recorded the album "Refraction" with bassplayer Martin Sjöstedt and drummer Daniel Fredriksson.With this quartet they toured Scandinavia in April 2009 and April 2012. In December 2012 Calderazzo´s fellow musician from both Michael Brecker and Brandford Marsalis band, drummer Jeff "Tain" Watts, was invited to play with Håkan´s Quartet.

Now it´s time again.This time with Daniel Franck on bass and Karl-Henrik Ousbäck on drums. The music is mostly compostions from the band members with maybe a standard or two as well.

Håkan Broström is one of Sweden’s top names in jazz. He has played with some of the biggest names on the scene. Via the Norbotten Big Band, Swedish Radio JazzOrchestra and the band Sixtus, he has played with such legends as Herbie Hancock,McCoy Tyner, Dave Liebman,Kenny Wheeler,Chris Potter, Joe Lovano, Philip Catherine, Toots Thielemans and Putte Wickman .Håkan Broström has toured and played as a band leader and sideman with among others Tim Hagans, Bobo Stenson, Palle Danielsson,

Joey Calderazzo's career got off to a strong start with a series of fine Blue Note albums. He studied classical piano from age eight, discovered jazz a few years later, and hit the big time when he joined Michael Brecker's band in 1987. He went on to record with Brecker, Bob Belden, Jerry Bergonzi, Rick Margitza, and Bob Mintzer. In addition to his own projects, Calderazzo replaced the late Kenny Kirkland in the Branford Marsalis Quartet. With his rich catalog as accompanist and leader, Joey Calderazzo is indisputably one of the finest in jazz. He lays it all out — in conversation, in performance, and on recordings. There’s no filter between the musician and the music. Typically being the youngest musician in an established group has made Calderazzo a tough nut, a fearless improviser, and an outspoken individual pianists.

Daniel Franck, born in Sweden but lives in Copenhagen,Denmark. where he has become one of the most hired bass player. He has played with people like Kenny Werner, Kirk Lightsey, Kurt Rosenwinkel, Scott Hamilton, Caecilie Norby, Benny Golson, Stacey Kent and Al “Tootie” Heath to name a few.

Karl Henrik Ousbäck In 2005, at the age of 12, Ousbäck was invited to be a featured artist at the prestigious Bass and Drum Festival in Stockholm. Some of the other performers include Virgil Donnati, Ian Pace and Morgan Ågren. The same year he also made his first appearance at Fasching Jazz Club in Stockholm and got a lot of attention in the Swedish music press. In 2008 he was accepted to participate as the youngest student ever in Sligo Jazz Project to study for Paul Wertico (Pat Metheny Group) and the year after he was invited back as a special guest. There he met the rising star Matthew Halpin with whom he later toured Ireland. In 2009 he began his high school studies at Södra Latins Gymnasium and directly after moved on to The Royal Collage of Music in Stockholm.

On his musical journey Karl-Henrik has had the pleasure of performing all around the world, from Tromsø to Cape Town, and frequently all over Scandinavia. 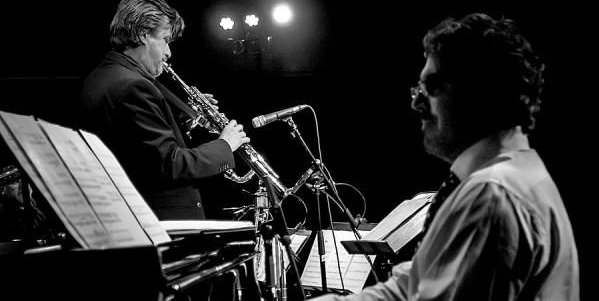